Every vehicle segment that is part of the current automotive industry is filled with innumerable models released by several brands, both well-known and lesser known. While most of them are focused on meeting the criteria

Every vehicle segment that is part of the current automotive industry is filled with innumerable models released by several brands, both well-known and lesser known. While most of them are focused on meeting the criteria of the segment, some are able to offer excellence in whatever they do. The 2020 Chevrolet Traverse is one such three-row crossover SUV model, that has already attracted the attention of worldwide viewers and car users, and it has gone forward in collecting appreciation from the auto critics not only with its countless feature options but also a spirited performance, that makes its stand on a higher pedestal than its rivals.

When we were curious to know what made even the worst of auto critics appreciate the 2020 Chevrolet Traverse, the advertisement banner we noticed at the West Jefferson Chevrolet showroom, gave us the first level of answers. Then when we stepped onto the showroom floor, we were suggested to take a test drive and have a first-hand experience about all the reasons that make the 2020 Chevrolet Traverse deserve so much appreciation.

The first thing we found worth appreciating in the 2020 Chevy Traverse is its plentiful interior space that builds up this three-row family crossover as a family mainstay. It certainly is a space where y6ou want to spend some quality time with your family and friends. For the year 2020, Chevrolet lines up this family mainstay as L, LS, LT, RS, Premier, and High Country trims that follow the same ascending order in terms of price, comfort, and luxury. 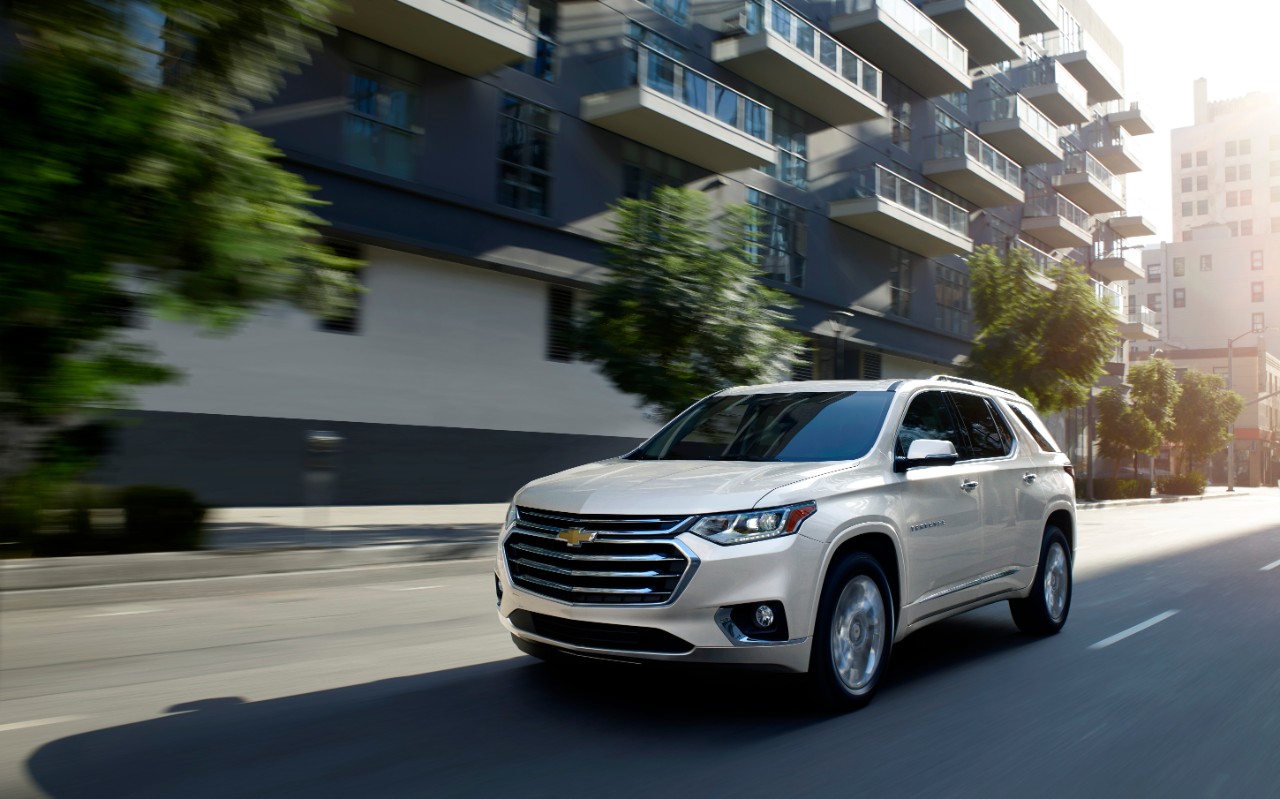 This year, Chevrolet replaced the slow-selling turbo-4 engine from the lineup of Traverse with a more efficient powerplant consisting of 3.6-liter V-6 engine mated to a 9-speed automatic transmission to carry 310 horsepower to the front wheels by default. But it can be transferred to  all-four-wheels if you subscribe for it.

This powertrain is able to return a mileage of 22 mpg from a combined trip of city and highway speeds as reported by the EPA which they say is at par with its own peer models. Where it deserves more appreciation here is that, with this powerplant under its hood, the 2020 Chevrolet Traverse is able to tow up to 5,000 pounds if you equip it with proper towing accessories.

As a big sized three row crossover, the 2020 Chevy Traverse is big enough to accommodate up to eight adult passengers. Behind the third row, lies a 23 cubic feet of room to hold the cargo items, which is a big measure in respect to its class.

The inside cabin of each and every 2020 Traverse looks tidy and cozy, in which all the features are arranged and installed in a user-friendly manner, most of which are tuned 7.0- or 8.0-inch touchscreen displays that are placed in the center.

Comfort and luxury features include an upgraded cloth upholstered cabin, the driver gets a smooth power-adjustable seat and a leather-wrapped steering wheel, the second-row occupants can enjoy  the comfort of captain’s chairs. To know about the other available feature options you can get in touch with the Chevrolet West Jefferson dealership today.